Three young female entrepreneurs have started an innovative baked goods business under the incubation hub of the National University of Lesotho (NUL). The three are poised to take on the sweet business of biscuits and other baked goods using sorghum, with funding from NEPAD SANBio’s BioFISA II Programme to help them fulfill their ambitions of one day exporting their tasty treats.

With climate change becoming more of a concern all over the world, farmers need to be aware of the carbon footprint of different crops, and reduce their use of water and other resources. One crop is quickly being recognised all over the world for its resilience in extreme conditions such as droughts and its lower requirements of resources needed to grow it. 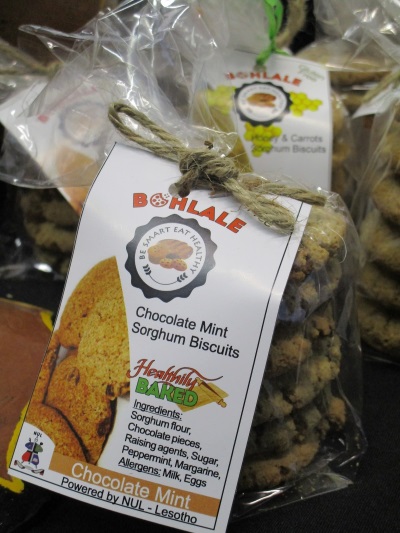 Sorghum, known in Lesotho and parts of southern Africa as mabele, has caught the eye of farmers all over the world for its low carbon footprint and environmental impact. Research has shown that this food source alongside others can be used to tackle malnutrition in Southern Africa.

The SANBio-supported Bohlale Products has figured out how to make nutritious, tasty and convenient biscuits from the versatile and climate-smart crop. Other sorghum products in the market are not known for their good appearance, but Bohlale Products have used this smart crop to make some appealing products.

Sorghum is high in fibre and other nutrients, and the Bohlale Products biscuits are locally produced as opposed to less healthy, imported biscuits on the market. Perhaps Bohlale Products’ greatest selling point, though, is that all their products are gluten-free. This is an important requirement in the current food environment, and something relatively few baked goods on the market can claim.

Bohlale Products, through a registered company Healthily Baked, is the brainchild of Dr Pulane Nkhabutlane who is also the leader of the SANBio-supported project. Started in March 2017, Bohlale Products now belongs to three entrepreneurs trained to take the innovative company forward.

Palesa Teke, Makabelo Pita, and Matlotliso Kotsoro are consumer science graduates and alumni of NUL - chosen through a rigorous selection process that saw 25 potential candidates applying to run the company.

The three have been selling at small scale while conducting market research and commercialising their products from May to December 2017.

One of the entrepreneurs, Palesa Teke says she wants to see their products being exported out of the country. This is possible because of the support they have received from SANBio from the early stages of their venture.

“SANBio has helped us with funding to start up our business. We were able to buy an oven, we used the money to get ingredients for product development and we attended a number of workshops run by SANBio,” she said. One such workshop in Pretoria was focused on Food Co-creation and Innovation.

Healthily Baked is the first company to be incubated at the National University of Lesotho. The university is providing the entrepreneurs with business skills, to help them be more capable business women and allow the business to become independent of the university. 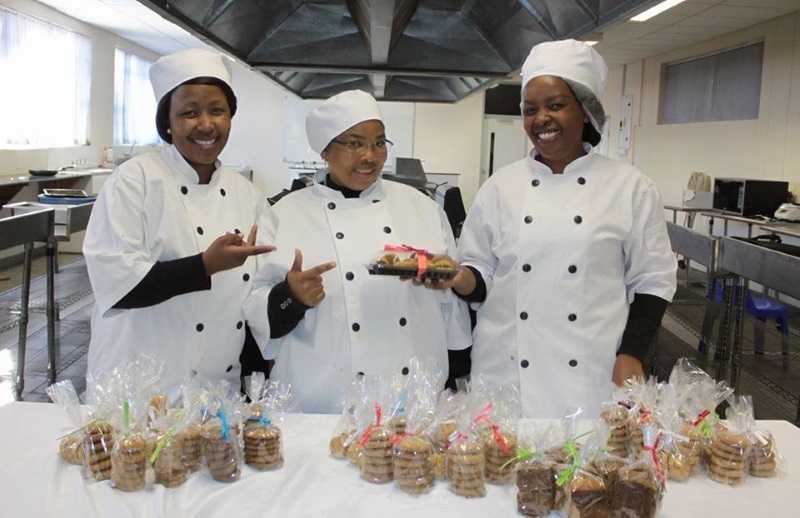