A multinational NEPAD SANBio project called GeneDose is using genetic tests to fight the harmful side effects of antiretrovirals. Now starting clinical trials in Zimbabwe, GeneDose will improve patients’ quality of life and make personalised medicine a reality in Africa.

Sub-Saharan Africa has a robust and successful HIV treatment programme that sees antiretrovirals (ARVs) being distributed to those who need them most. However, ARV treatment can have side effects that affect patients differently, and this difference lies in a few important genes.

A team led by Professor Collen Masimirembwa of the African Institute of Biomedical Science and Technology (AiBST), in partnership with the University of Cape Town (UCT), have developed a genetic test and dosing algorithm called GeneDose. Funded by NEPAD SANBio’s BioFISA II programme, this initiative aims to help patients take safe doses of the common antiretroviral drug, Efavirenz.

The many patients receiving ARV medication in Sub-Saharan Africa are given a standard dose of the Efavirenz drug. Deputy team leader, Professor Collet Dandara of UCT, says the AiBST team have demonstrated that patients require different doses depending on their genetic makeup.

Drugs such as Efavirenz are metabolised at different rates in different people and patients who have lower metabolic ability to process this drug are affected by more of the side effects that come with it. A higher-than-needed dose adds to the side-effects: symptoms such as nightmares, depression, suicidal tendencies, and hallucinations.

“With a genetic test we are able to identify susceptible individuals,” says Dandara. “We hope the test will identify these different groups of patients before they are given medication, so that they get the appropriate dose and reduced side effects.”

The AiBST team call this “personalised medicine”, which aims to give a patient the needed dose of the drug while increasing the quality of life for the patient.

Dandara explains that their process involves finding a patient whose doctor has prescribed Efavirenz, taking a blood sample from which they extract DNA to look for a particular variation of the CYP2B6 gene. The presence of this variation means that a patient will require lower doses of the drug.

The AiBST team have developed an algorithm that uses this information in conjunction with other factors to determine a personalised dose. The team can also test patients who are already on efavirenz and are experiencing severe side effects, and guide the doctor in adjusting the dose for that patient.

The team still needs ethical approval from the University of Cape Town, but the Zimbabwe arm of the research is already underway.

There are many other drugs that are dependent on the genetics of the individual, and the AiBST team want to develop the same test for these other drugs.

Important as this research might be, the field of pharmacogenomics is not yet seen by funders as very important; Dandara wants to see this change.

“Your genetic makeup does not change from birth to death. If these tests can be done and results put on the electronic record, those results can be used again and again,” he says.

The robust roll-out of ARV treatment in sub-Saharan Africa is commendable, but more can be done to address the burden of adverse drug effects associated with ARVs. More funding for this field could see these treatments increase life expectancy as well as quality of life for the HIV patients in the region. 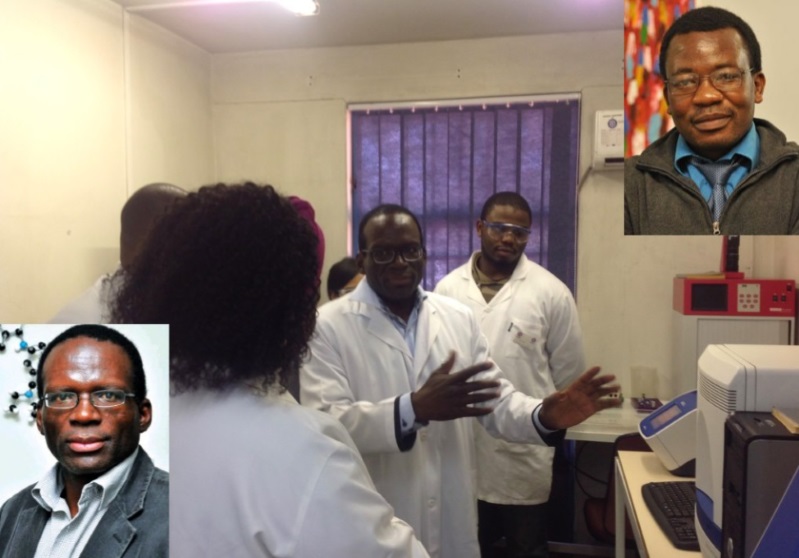 Professor Collen Collen Masimirembwa and Professor Collen Dandara have developed GeneDose, a genetic test and dosing algorithm set to reduce side effects of  antiretroviral drugs in the treatment of HIV. Photo: NEPAD SANBio.